The Power to Manage?: Employers and Industrial Relations in Comparative Historical Perspective


The paper will first describe the situation observed. The analysis will attribute this character of unions' workplace role to the characteristics of the industries and its workers labor intensive, low skill, female, subject to globalization and threats of delocalization, etc. By raising the empirical question of "what do unions do" at such precarious workplaces in traditional labor intensive industry, the paper will open discussion regarding the question of "what can unions do" and "what is the role of unions" in these workplaces.

Governments facing tighter constraints by monetary integration turned to new forms of incomes policy in order to control pay bargaining. The paper specifically discusses the interaction between governments and trade unions in 13 western European countries. It is often claimed that European labour markets are inflexible.

We found that by asking people themselves how flexible they are, there is a surprising amount of flexibility, but that it takes different forms in different countries. In recent years union movements in the Anglophone countries of Australia, New Zealand, the United Kingdom and the United States have faced particularly serious declines in membership density. To varying degrees these movements have sought to respond to this decline by reorienting union organisation and behavious from a 'servicing' approach to an 'organising' approach. 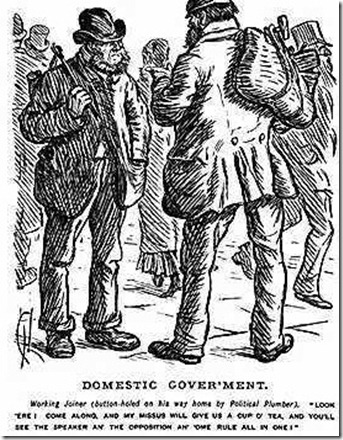 In Australia this has been coordinated through the peak union body, the Australian Council of Trade Unions. This paper reports on a study of eight unions in that country. A survey of over union organisers and managers, undertaken in and to be followed by a larger survey of workplace delegates in those unions, identifies the way in which and the extent to which workplace organisation and union offices are being transformed, the barriers to transformation, the factors that facilitate change and some of the consequences of transformation. Quantitaive data and a rich collection of qualitative information have been collected and coded and will be analysed over the coming months for presentation at the ESA Conference.

Books The Power to Manage?: Employers and Industrial Relations in Comparative Historical

The transformation of workplace industrial relations in a number of western countries from collective to individualistic forms of regulation has been accompanied by a discourse alleging that workers are now 'individualistic' and therefore dismissive of collectivism. However, this discourse is contested, and a clearly identifiable shift in elite 'dominant' ideology is not matched by an equivalent shift in popular ideology. Using Australia as a case study, we show the role of key elements of the capitalist class in shaping this putsch, including the roles of organisers employer associations, think tanks, management consultants , executives and interlocking directorates in creating and propagating individualistic ideology amongst elite groups including the state, and compare and contrast this with shifts in measured popular opinion on industrial relations and related issues.

We conclude that the revolution in workplace regulation that has taken place in that country is an adaptation to the recreation of elite ideology, not of popular ideology, and remains a disputed arena at the workplace level. Institutionally, collective bargaining has remained within the realm of the nation states. At the same time, European integration namely the single European market and European Monetary Union are widely assumed to create a need for a European approach to bargaining.

This is for a social and an economic reason.


Socially, such an approach helps contain downward pressures on labour standards caused by international competition, including competitive national bargaining policies. Economically, Europe-wide bargaining is argued to contribute to synchronizing bargaining with such macroeconomic requirements as price stability and employment.

The paper concludes by discussing the future prospects for Europe-wide bargaining policies. Traditional comparative typologies of trade union models, whether based on sociological functionalism or on institutionalism, have a number of limitations that are becoming ever more apparent. First, by using the term 'models', they exaggerate the internal coherence and continuity of union types; second, by concentrating on the national boundaries, they underestimate homogeneity within countries; third, they neglect the role of cross-border influences, imitation, and linkages; fourth, they are still unable to classify unions in post-communist countries, abandoned in an undifferentiated residual group of post state-socialist unionism.

Some typologies have the additional limit of ethnocentrism. Although one could be tempted into dismissing any typology, this paper defends the empirical and theoretical utility of taxonomy, at least when the level of abstraction is clear. However, typologies must be revisited in order to address the existing four limitations.

Using both first-hand documentation and secondary literature, an alternative, more dynamic and transnational typology is suggested, that includes the dimensions of organisation structure, workplace representation, inclusiveness, political involvement, workplace participation, and collective bargaining scope. The resulting 'types' point to some unexpected cross-national similarities and intra-national diversity, and show a dynamism that deserves the label of 'styles' rather than 'models'.

Given some structural differences in collective action and association behaviour between small and large countries, the taxonomy focuses only, at this stage, on the six largest countries in the 'enlarged' EU: Germany, UK, France, Italy, Spain and Poland. Since the mid s, policies to relieve the labour market have been developed in several Western countries.

In the FRG, in particular, early retirement schemes have been used extensively but this strategy has also been followed in the UK and DK. However, negative effects of this policy choice are high costs and the loss of the productive potential of older workers. In the context of the 'active turn' in various national labour market policies during the s, these problems have led to a reconsideration of the early retirement strategy. Furthermore, not only has the OECD recommended reductions of early retirement schemes but since the launching of the European Employment Strategy in , the issue of 'active ageing' has become an important issue.

This includes education as well as the 'social responsibility' of employers with regard to increasing the labour market attraction to older workers. In this context, the role of the social partners is essential to the improvement of skills and the adaptability of enterprises. 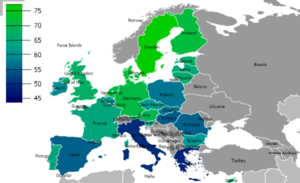 Yet, due to various regimes of welfare states and IR, the implementation of these policy changes varies among the countries under investigation. While DK and the UK restricted access to early retirement, the German policy changes in this field have been modest. It is within the variety of such capitalist configurations of welfare and IR that the questions of path dependency and the interrelationship between supranational and national policy levels occur.

A widespread European policy discourse links competitiveness, innovation and the mobilisation of employees' practical knowledge. If employees are trusted they will contribute to the innovation process. Such claims are the basis for trade union strategies of workplace partnership as in Ireland and elements of the European Commission's 'Learning Society' policy. They underlie employment sociologists' interest in 'implicit' or 'tacit' knowledge Polanyi.

The paper begins by exploring the intellectual roots of this optimistic thesis. It then uses a series of European Commission funded projects on workplace organisation to show that the current situation is in fact marked by processes which undermine the importance of independent workplace knowledge. Management now explicitly attempts to gather and harness employees' subjectivity in terms of both their personality and their knowledge.

Organisational change and the creation of a generalised sense of insecurity undermine the workplace collectivity, so employee commitment becomes a requirement for a job rather than the consequence of a job. Innovations in information systems are subcontracted out, away from intervention by workers or their representatives. Perhaps most important of all, the ideology and practices of 'shareholder value' denigrate and disrupt all knowledge that cannot be codified and managed as a financial asset. In this situation sociologists of work who focus on workers' tacit knowledge may be like 19th century folklorists, cataloguing activities that are increasingly under threat.

The paper ends by considering countervailing trends and the implications for European industrial relations policy. This paper is based on information collected by interviews during and , using a mainly structured questionnaire, with the owners or top mangers in 95 manufacturing, extractive and construction businesses in Kazakhstan, and unstructured follow-up interviews in 11 of these companies. The findings are used to assess the extent to which a literature-based model of post-communist Russian management exists in Kazakhstan.

Similarities are noted: the prevalence of an 'insider configuration' firms run in the interests of managers and workers , and the importance of social capital 'connections'. In contrast, the evidence suggests that 'bureaucratic extortion' is easier to avoid, Russian-style mafia are less in evidence, and a 'nomenklatura effect' is weaker in Kazakhstan. It is argued that these differences create greater space in Kazakhstan: for 'outsiders' to develop businesses whose success depends essentially on satisfying the market, and for young managers to rise to the top swiftly on the basis of their ability to align the performances of their enterprises with market demands.

The convergence and divergence of the industrial relation systems is an old debate, now restarted by pressure of the transformations of the productive system and the globalisation processes. In accordance with this debate we tried to interpret the tendencies of change of the Portuguese labour relation system. First, we will analyse the evolution of the social actors organization and of the collective bargaining. Secondly, we will present and discuss the results of an empiric research developed in companies of process industries about the negotiation of the professional classification.

Crouch , in arguing that the somewhat arbitrary allocations of historical legacies have shaped the occupancy of political space by organised interests, has identified different models of industrial relations in industrialised market economies. Traditionally, Ireland tended to fit the pluralist model, where interaction between capital and labour takes place principally in the context of a contractual setting that governs rules and procedures. A bargaining relationship exists but the parties have an adversarial value system, interest organisation is fragmented and there is little or no central co-ordination.

However, the period since has seen a significant shift in strategy by Irish industrial relations actors, away from the traditional, adversarial, British-style approach to a more consensual, 'European' model, resulting in the conclusion of a series of national social pacts. Arguments have been advanced by trade union leaders for an orientation towards moderation and social partnership, citing the increased influence gained by trade unions on national affairs, and the advantages of entering 'productivity coalitions' with management to improve competitive performance.

This paper seeks to explore the impact and diffusion of this 'Europeanised Irish model' on industrial relations at the workplace; which as a result of, inter alia, bargaining decentralisation and changing economic structures is increasingly becoming the most important arena for employment relations. Qualitative case study data from two worksites will be presented to examine the effects of these changes on trade union workplace organisation, on relations between unions and employers, and on the lived work experiences of ordinary union members.

The data will explore the perceptions of the partnership era at grassroots level; how is the orientation towards partnership and consensus viewed by ordinary union members, and to what extent if any do they feel it has impacted on the union-member relationship and on their own working lives? Reference: Crouch, C. Industrial Relations and European State Traditions.

leondumoulin.nl/language/alternate/sabre-and-the-river-of.php Oxford: Clarendon Press. The two ex-Yugoslav states were derived from specific type of 'communism'. Compared to the contemporary 'soviet type' societies, in former Yugoslavia an atypical working class structuration existed. On the background of the comparatively accentuated market nature of Yugoslav 'communism', interest cleavages within and between companies were stronger, but between the state and society less intensive than in other 'communist' societies.

In spite of the strong horizontal fragmentation, at the end of the 80's Yugoslavia was faced with powerful strike wave.